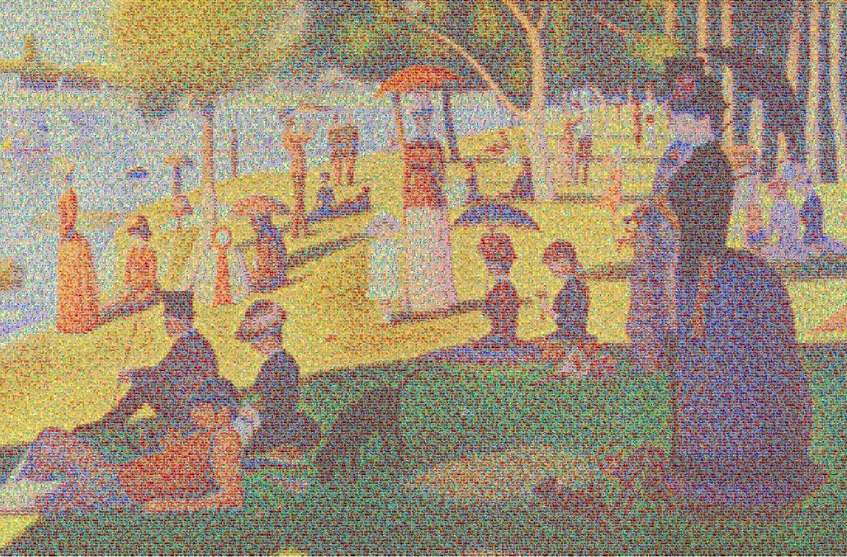 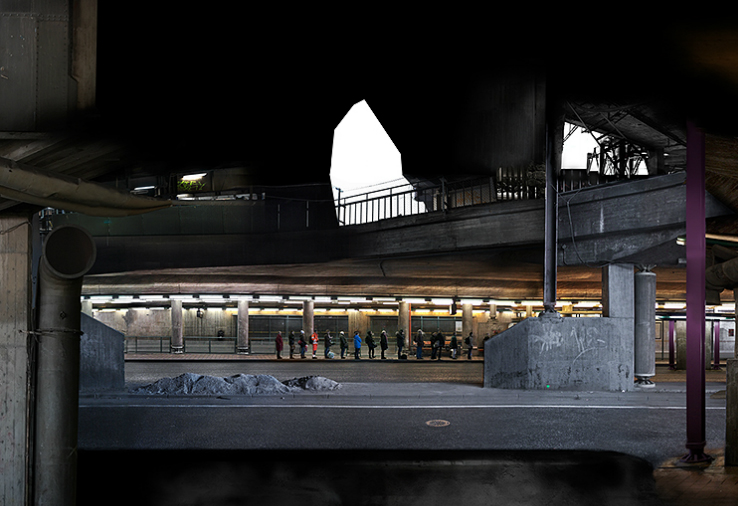 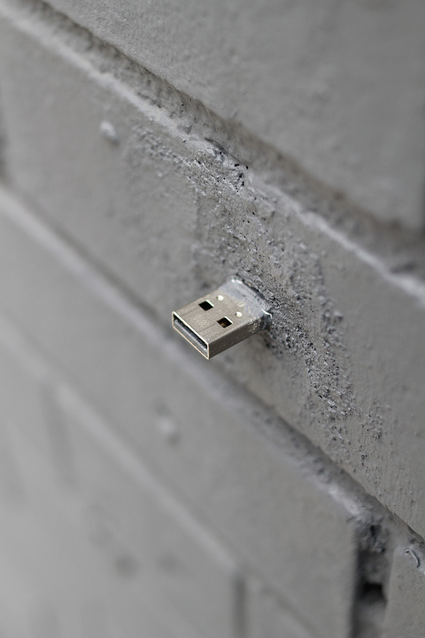 ‘Dead Drops’ is an anonymous, offline, peer to peer file-sharing network in public space. USB flash drives are embedded into walls, buildings and curbs accessible to anybody in public space. Everyone is invited to drop or find files on a dead drop. Plug your laptop to a wall, house or pole to share your favorite files and data. Each dead drop is installed empty except a readme.txt file explaining the project. ‘Dead Drops’ is open to participation. 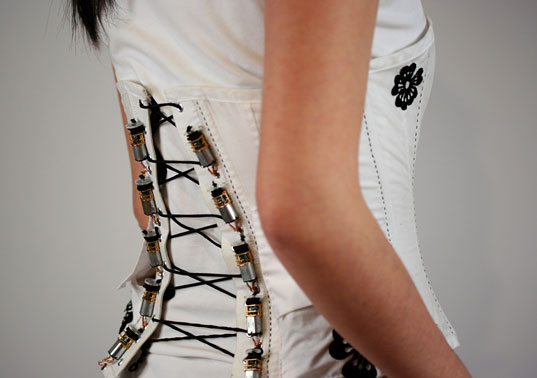 CO2RSET is a chic wearable that has a CO2 sensor and ten mini gear motors that run down the spine and tighten or loosen the bodice in response to air quality. Following the vein of computational garment design, CO2RSET integrates technology into the design, adhering to its normal aesthetic and pattern of use in contemporary fashion. Using the corset provides a form capable of asserting influence over the wearers breath to provide a visceral reminder and bring awareness to the quality of air they are breathing on an intimate scale.

Murmur Study is an installation that examines the rise of micro-messaging technologies such as Twitter and Facebook’s status update. One might describe these messages as a kind of digital small talk. But unlike water-cooler conversations, these fleeting thoughts are accumulated, archived and digitally-indexed by corporations. While the future of these archives remains to be seen, the sheer volume of publicly accessible personal — often emotional — expression should give us pause.

This installation consists of 30 thermal printers that continuously monitor Twitter for new messages containing variations on common emotional utterances. Messages containing hundreds of variations on words such as argh, meh, grrrr, oooo, ewww, and hmph, are printed as an endless waterfall of text accumulating in tangled piles below.

The printed thermal receipt paper is then reused in future projects and exhibitions or recycled.

“as part of the olympic closing ceremony, german designer moritz waldemeyer conceived a vibrant collection of LED-embedded
carnival costumes for the olympic hand over to rio de janeiro – proudly honoring all things brazilian.

working with brazilian fashion designer jum nakao, waldemeyer produced an ecletic selection
of 140 LED-encrusted carnival ensembles that pulse to the rhythm of the music. the pieces were specifically created to complement four different performances: an eighty-piece drum parade, brazilian samba girls, amazonian folk dancers, and maracatu – a customary ceremonial dance staged in celebration of electing the kings of congo.

the display was layered with a fusion of culture and technology – the samba maidens harnessing glowing spinning ferris wheels;
each drummer armed with a replica of their respective instruments suspended above them, rippling with concentric circles of light; the amazonians dripping with illuminated jewelry; and the maracatu donned in a mesh of LEDs resembling light bulbs,
referencing favela festivities, and accompanied by floor-length headdresses adorned with illuminated ribbon.

waldmeyer says of the energetic display:

‘we wanted to root our creations in brazilian culture and history but with a twist. the jewellery is actually made up of electronics equipment – circuit boards and cables – and even drinking straws, a reference to grassroots creativity.

finding spheres of the right size and diffusion to make the LEDs look like light bulbs was actually one of our biggest challenges.
we eventually found the solution in containers used by the water treatment industry!’

waldemeyer also explored new territories regarding LED programming. usually the costumes would be individually controlled by battery, however, for the first time, waldemeer synchronized the LEDs’ animation to all beat to the drums. he did this by employing the available olympic radio network, and created a system where the costumes respond the tempo of the music so that
they are all perfectly in time.”

as written by designboom.com about Moritz Waldemeyer, 2012

The city is filled with an invisible landscape of networks that is becoming an interwoven part of daily life. WiFi networks and increasingly sophisticated mobile phones are starting to influence how urban environments are experienced and understood. We want to explore and reveal what the immaterial terrain of WiFi looks like and how it relates to the city.

Facetracking experiment. Daito Manabe, born in 1976. Graduated from the Department of Mathematics, Faculty of Science and Technology, Tokyo University of Science, and Dynamic Sensory Programming Course at International Academy of Media Arts and Sciences (IAMAS). He participated in various projects that made use of his programming skills, across a range of genres and fields. He also devotes his energies to educational activities such as workshops in various countries, including at MIT Media Lab and Fabrica. 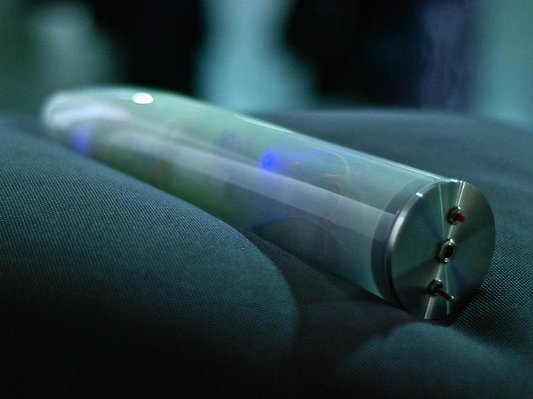